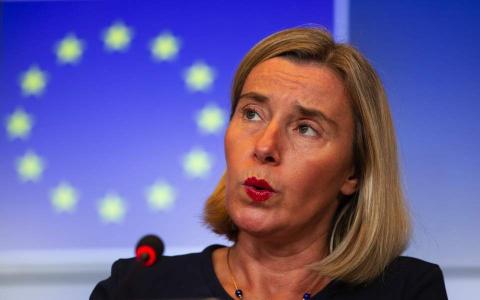 European Union governments agreed on Monday to limit arms exports to Turkey over its offensive in northern Syria, stopping short of a bloc-wide embargo on a NATO ally.
Italy, the top arms exporter to Turkey last year, said it would join a ban on selling weapons and ammunition to Ankara after a weekend decision by France and Germany to suspend sales, and Spain signalled it was ready to do so.
With a host of other countries including the Netherlands, Finland and Sweden halting such exports, the EU's collective position was mainly aimed at avoiding a legally-binding embargo on Turkey, a longtime candidate to join the bloc.
A full embargo would have grouped Turkey with Venezuela and Russia, countries where the EU has a formal ban and views them as hostile, a move diplomats said ministers were not ready to take despite anger at President Recep Tayyip Erdogan.
"We do...

Stretcher-bearers to strike on Thursday