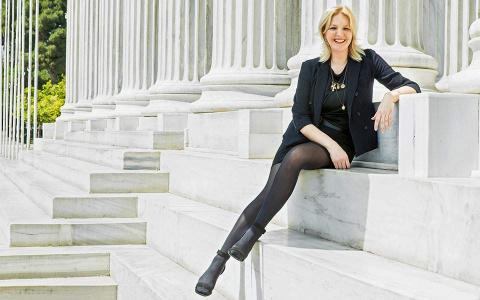 London-based designer Sophia Kokosalaki has died at the age of 47, local media report.
Born in Athens in 1972, Sophia Kokosalaki studied Greek and English literature at the University of Athens before moving to London, where she graduated with an MA in womenswear from the venerable Central Saint Martins fashion college.

The young designer decided to develop her career in London, showing her debut off-calendar collection in 1999 and her first on-schedule show during London Fashion Week the following year.
In 2002, she was appointed designer for costumes for the opening and closing ceremonies of the 2004 Athens Olympic Games.
Reports suggest she had been struggling with health issues.