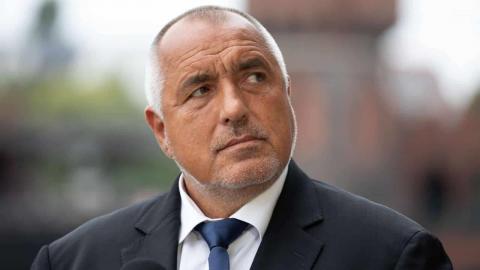 Bulgaria's Prime Minister Boyko Borissov on Tuesday ordered the Ministry of Sport to cut all ties with the Bulgarian Football Union, including state funding, until the president of the national football association, Borislav Mihaylov, resigns.

Sports Minister Krassen Kralev announced the move after a Euro 2020 qualifying match with England in Sofia on Monday evening was marred by the racist abuse of English footballers by Bulgarian fans and ended with a humiliating 0-6 defeat for the Bulgarian national team.

"After yesterday's incidents, the prime minister ordered that from today on, we are cutting all relations with the [Bulgarian] Football Union, including financial ones, until the resignation of the president of the BFU, Borislav Mihaylov," Kralev told journalists.

Kralev denied that the state is interfering in the work of the football union, which is not allowed by football's world governing body, FIFA, or its European governing body, UEFA.

"At the moment we are saying that we want the resignation because of the overall state of the Bulgarian football and yesterday's incidents. That's it. Clear and explicit. The state cannot tolerate such behaviour anymore," he said.

Monday's game had to be stopped twice in the first half by Croatian referee Ivan Babek in accordance with UEFA's protocol for dealing with racism as Bulgarian football fans targeting the England team's...

Bulgaria Open Borders to Citizens from EU and Schengen Area