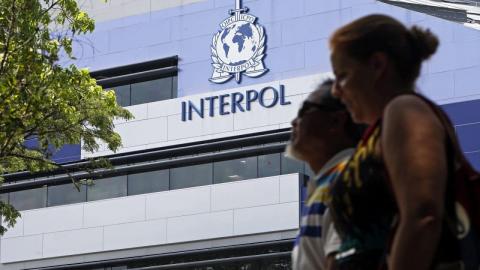 Kosovo rescinded its application to join the International Criminal Police Organization, Interpol, this year, just a few hours before its annual General Assembly was set to begin on Tuesday in Santiago, Chile.

"Acting Prime Minister Ramush Haradinaj, taking into consideration new circumstances, [and] based on [his] competency as Acting Prime Minister and a recommendation by the Ministry of Foreign Affairs, has today requested the postponement of the Kosovo vote for Interpol membership to the next year," the premier's office said in a statement.

Earlier on Tuesday, Serbian media reported comments by Serbia's Minister of Foreign Affairs, Ivica Dacic, who said that Serbia's embassy in Paris had been notified that Kosovo had withdrawn its application for membership of Interpol.

It is not the first time that Kosovo has pulled out of an Interpol membership bid. Pristina also withdrew its application to join the organisation before the 2017 meeting of the General Assembly in China.

At the time, Haradinaj cited as justification for the withdrawal a lack of support from China, which has maintained its opposition to Kosovo's statehood and its membership of international organisations since Pristina declared independence in 2008.

In November 2018, Kosovo's Interpol membership bid failed due to a lack of support.

With 68 votes in favour, 51 against and 16 abstentions, Kosovo failed to secure the required two-thirds of the vote from member states to join.