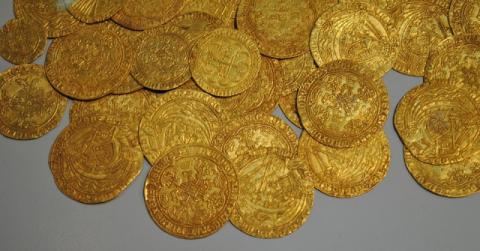 One of the rarest coins in the world - a gold dinar dating from 732 has been auctioned. According to The Daily Mail, auctioneers Morton & Eden have given it their highest ever the pre-sale estimate of between £1.4 and £1.6million Currently, there are about a dozen such coins in the world, most of which are either in private collections or in museums. "This coin is fabulous. Not only is it beautifully preserved and an astonishing rarity but it is also an important historical document." said Islamic coin expert Stephen Lloyd. The gold the dinar was made of was mined in a mine near Mecca, which is still operational today. The bidding is scheduled for October 24.

At the end of September, another unique coin was sold at an auction in London. The bronze penny depicts the profile of Edward VIII, which abdicates. According to The Sun, the bronze penny changed its owner for 133,000 pounds ($ 165,000), which is almost double the starting price.