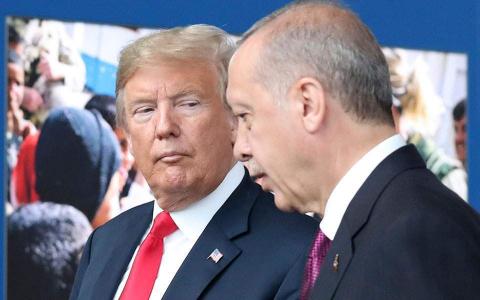 US President Donald Trump on Monday demanded Turkey stop its military incursion in Syria and imposed new sanctions on the NATO ally as Trump scrambled to limit the damage from his much-criticized decision to clear US troops from Turkey's path.
Vice President Mike Pence said Trump had told Turkish President Recep Tayyip Erdogan in a phone call on Monday to agree to an immediate ceasefire. He also said he would travel to the region soon to try to mediate the crisis.
Pence said Trump had been firm with Erdogan on the phone.
"The United States of America simply is not going to tolerate Turkey's invasion in Syria any further. We are calling on Turkey to stand down, end the violence and come to the negotiating table," Pence told reporters.
Turkey launched a cross-border operation into northern Syria on Wednesday just days after Erdogan told Trump in a phone call that...