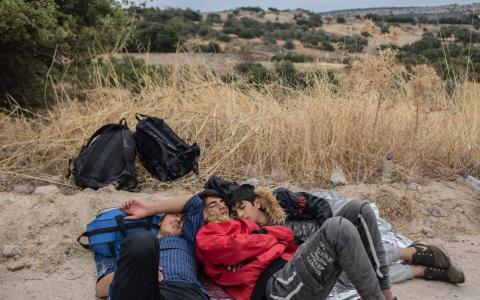 Greece's eastern islands are struggling to cope with a surge in arrivals of migrants and asylum-seekers that has undermined efforts to ease severe overcrowding at refugee camps.

The number of people reaching Lesvos, Samos and other Greeks islands in the eastern Aegean Sea is the highest since the European Union reached a 6 billion-euro agreement in 2016 to prevent migrants from leaving the coast of Turkey and heading to the EU.

The surge started before Turkey's military offensive against Kurdish fighters in Syria, but there are concerns that it could grow much bigger. Since the offensive began last week, Turkish President Recep Tayyip Erdogan has sought to quell European criticism by warning that he could "open the gates" and send more than 3 million Syrian refugees to Europe.

President Iohannis: Our heroes - true symbols of abnegation, courage and sense of duty