The New US Ambassador to Bulgaria Replaces Eric Rubin 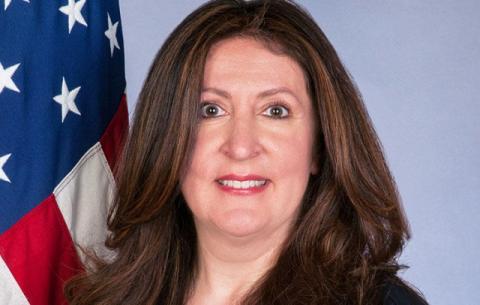 The USA's new ambassador to Bulgaria, Herro Mustafa, and her family have arrived in Bulgaria.

Earlier today, the diplomat was sworn in at a special ceremony at the Washington State Department.

Mrs. Mustafa replaces Eric Rubin in this post. She is a career diplomat and was previously deputy chief of mission at the US embassy in Lisbon and Political Minister Counselor at the US Embassy in India.

In Washington, she was an adviser to US Vice President Joe Biden providing counsel on issues related to the Middle East. She was Deputy Director of the Afghanistan Office in the State Department and the director of the National Security Council.

Herro Mustafa was born in 1973 in the town of Erbil, Iraq, and comes from a Kurdish family. Two years of her childhood she spent in a refugee camp. In 1976 her family was granted asylum in the United States.