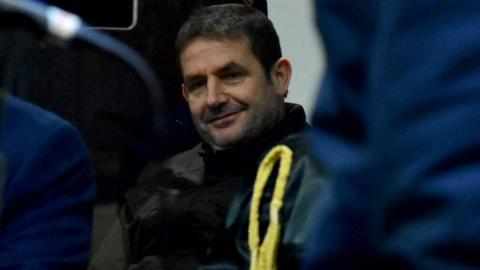 It found Balili guilty of international drug trafficking, membership of a criminal organisation and of failing to properly disclose his wealth during the period when he was a senior public servant in his home area of Saranda, in south Albania. While sentencing him to 15 years in jail, the court accepted his request for a fast procedure, which shortened his effective sentence to 10 years.

Balili became an household name for Albanians in May 2016, following a major international operation against drug trafficking leaded by Greece, which accused him of masterminding the smuggling of drugs worth hundreds of millions of euros.

His network shipped tons of cannabis across Europe from Albania to Greece and Western Europe, using a network of phony transport companies.

The Albanian authorities failed to arrest him and initially refused to acknowledge that he was on the run from the Greek authorities. It took some six months for the authorities in Tirana to formally issue a search warrant and almost three years to arrest him.

Although he had been investigated for drug dealing before, he still became director of Transport Services for the region of Saranda from 2014 up to the day Greece issued a search warrant.

Former US ambassador in Tirana Donald Lu publicly rebuked the Albanian authorities, including the Prime Minister, Edi Rama, in July 2018, over their failure to arrest him.

In January this year, as diplomatic pressure on Albania peaked, Balili surrendered amid much public fanfare. The General Police Director, Ardi Veliu, personally negotiated his surrender.