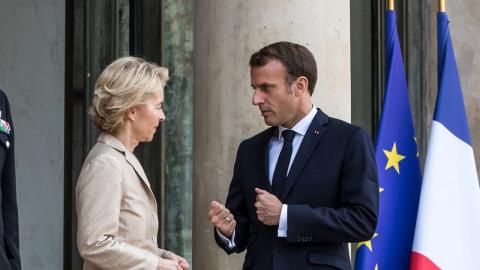 In a major blow to the hopes of the two Balkan countries, the European Council - preoccupied with Brexit -  on Thursday failed to give Albania and North Macedonia a date to start EU membership talks.

In a last-ditch effort to reach an agreement on the matter, amid fading hope, the Council moved the issue of enlargement to Friday's last session of the council.

The round table in Brussels that among other things will be dedicated to enlargement starts at 9.30 am, after which the Commission is expected to announce its conclusions at a press conference.

"I did everything I could to support North Macedonia and Albania but we still have some members [that are] sceptical on the accession talks," Tusk told North Macedonia's Telma TV in Brussels.

Earlier that day, the signals coming from Brussels were pessimistic.

"The signs don't suggest there will be a decision [on enlargement]", the President-elect of the European Commission, Ursula von der Leyen, told POLITICO this afternoon.

"I deeply regret it because I believe these countries [Albania and North Macedonia] have made enormous efforts to get closer to the European Union, so it's very important that they get a positive signal," Von der Leyen added.

Speaking at the Bundestag on Thursday morning, German Chancellor Angela Merkel called for Europe to "keep its promise" to North Macedonia and Albania and send signal they are on track to becoming part of the European club.

But Merkel warned that the chances that EU leaders would resolve their differences at the summit were thin. Merkel spoke after Wednesday's meeting with French President Emmanuel...