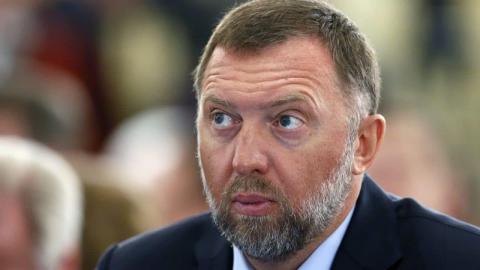 Montenegro's Economy Ministry said on Wednesday that the Arbitration Institute of the Stockholm Chamber of Commerce rejected the case for compensation brought by Oleg Deripaska, owner of the Central European Aluminium Company, CEAC.

The ministry said that the arbitration tribunal made a unanimous decision in favour of Montenegro and that Deripaska was ordered to pay all Montenegro's costs.

Deripaska launched the arbitration proceedings in December 2016, claiming that Montenegro had breached its obligations to protect foreign investment after CEAC lost money that it invested in a failing Montenegrin aluminium plant.

But the arbitration tribunal said that an agreement between Russia and the former Yugoslavia did not apply to Montenegro.

"The arbitration tribunal unanimously ruled that the bilateral agreement on the protection of foreign investments concluded between Socialist Federal Republic of Yugoslavia and Russian Federation shall not apply in Montenegro," the Montenegrin Economy Ministry said.

CEAC acquired a 58.7 per cent stake in Montenegro's only aluminium plant, Kombinat Aluminijuma Podgorica, KAP, in 2005, following an international drive by the Balkan state to attract foreign investment to restore the financial fortunes of ailing state-owned companies.

The government also issued guarantees of 135 million euros in 2008 as a loan to the Russian owner to try to ensure that KAP continued production.

The loan was never returned, however, and the government was forced to pay more than 100 million euros in credits to KAP from the state budget in 2013.

KAP fell into bankruptcy in October 2013, by which time it had run up debts of around 360 million euros.