Government ‘will not be intimidated,’ spokesman says over Rouvikonas attack 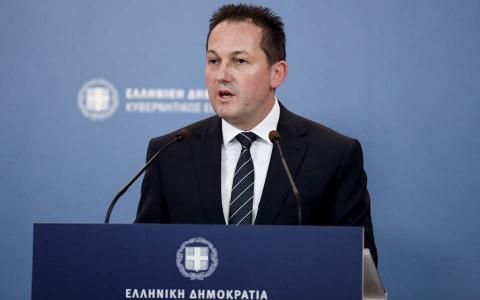 Government spokesman Stelios Petsas has condemned a Friday attack on the political office of Health Minister Vassilis Kikilias by four self-professed members of the Rouvikonas (Greek for Rubicon) anti-establishment group.
"Let them bear in mind. The government will not be intimidated," Petsas said in a statement. "And let them bear in mind that things have changed. Violence is not tolerated and lawlessness will be thwarted."

The troublemakers - three men and a woman - splashed paint and scattered flyers that said "Keep your hands off public health."
Police have arrested one suspect over the incident.