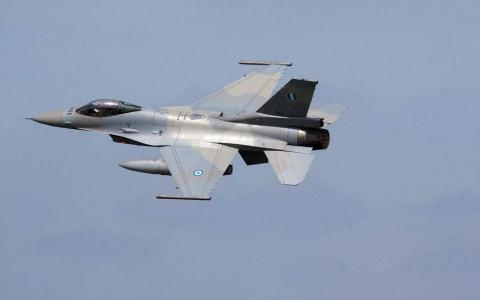 In an indication of Greece's commitment to support Cyprus, three Greek F-16 jets flew over the Eastern Mediterranean island on Thursday during a joint training exercise with the Cypriot National Guard dubbed Steel Arrow.

It came on the heels of a smaller exercise involving Cypriot forces and a French frigate earlier in the week.

The exercise was preceded by a public debate in Cyprus after Greek F-16s did not take part in the military parade celebrating the island's independence day on October 1 as they had in the previous two years.

Referring to the issue after the F-16s flew over Cyprus Thursday, Greek Defense Minister Nikos Panagiotopoulos said that "we want Greek fighter jets in exercises, not in parades."
Shortly afterward, two Turkish F-16 fighter jets entered the Athens Flight Information (FIR) region, passing over the Aegean islands of Oinousses and...