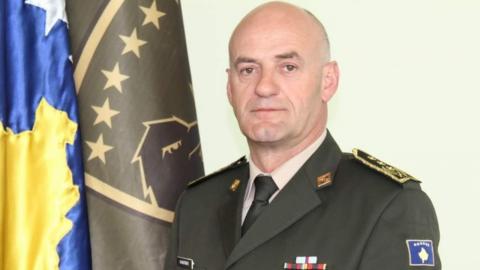 Kadri Kastrati said on Thursday evening that he will be interviewed in early November by the Kosovo Specialist Prosecution in The Hague, which is investigating alleged violations by Kosovo Liberation Army, KLA fighters during and just after the 1998-99 war.

"Dear co-fighters, friends and family, I want to inform you that I have accepted the invitation for an interview by the Special Court in The Hague. This interview will happen on the first week of November 2019," Kastrati wrote on Facebook.

"The KLA's war was a fair and sacred one and will remain such. Even in this case, we will come out clean," he added.

Kastrati was the deputy Commander of the KLA's Llapi Operational Zone during the war, and then became the commander of the Kosovo Security Force, the country's lightly-armed state military, in 2011.

He is now an official with the Democratic Party of Kosovo, PDK, which was founded by current President Hashim Thaci.

On Friday morning, Hysni Gucati, the head of the Kosovo Liberation Army War Veterans' Organisation, announced that the Specialist Prosecutor's Office has also asked Nuredin Ibshi, another senior officer in the KLA's Llapi Operational Zone during wartime, to give an interview.

"He, as well as all the others, will come out clean," Gucati wrote on Facebook.