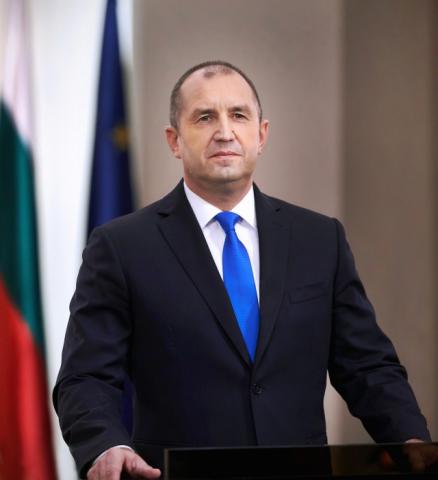 At the meeting they held at 2 Dondukov street, Head of State Rumen Radev and Christophe Deloire, Secretary General of "Reporters Without Borders" discussed the state of the media environment in Bulgaria, the public trust in the media, the professional standards in journalism, the models of funding the Bulgarian media and the approaches to defending the independence of the editorial policy. The meeting was also attended by Pauline Ades-Mevel, spokesperson and head of the "EU and the Balkans" department in the organization, the Presidential Office reported.

In the Head of State's opinion, the fact that Bulgaria ranks 111th in the press freedom index of "Reporters Without Borders" raises concerns above all because of the registered serious problems in the media sphere, which should be a pillar of the democratic processes. The lack of a comprehensive media law which should set standards and regulate the activity of all media in Bulgaria is among the reasons for the state of the media environment, it emerged at the meeting. In the President's words, funding is a key issue for guaranteeing the freedom, independence and pluralism in the media and clear criteria for access to European funding and its fair allocation are necessary.

Christophe Deloire and Pauline Ades-Mevel voiced concerns over the fact that a steady trend of worsening the freedom of speech in Bulgaria has been observed in the past 13 years.  They identified as a problem our country is facing the lack of efficient results in investigating the cases of attacks and threats against Bulgarian investigating journalists.

The two highly appreciated President Rumen Radev's public messages in support of the freedom of speech, the independence of the media and protecting the journalists'...