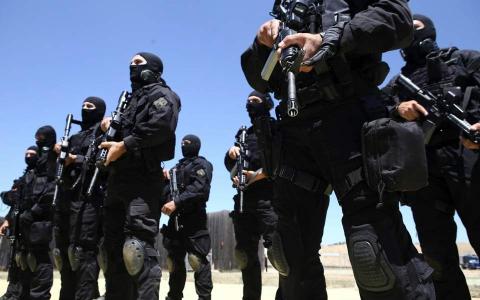 With Turkey's invasion of northeastern Syria leading to the escape of Islamic State (ISIS) jihadists from prisons guarded by the Kurdish-led Syrian Democratic Forces (SDF), Greek security officials have been placed on high alert due to concerns they may seek their repatriation in Europe, using Greece as a bridge.
For this reason, counterterrorism experts from Europol will, according to sources, be deployed in the Evros border region on November 1, as part of the effort to tighten security and to intercept, with the help of European Police Service databases, jihadists who are intent on crossing into Greece.
Essentially, the measure is an extension of the institution of guest officers which came into effect in the summer of 2016 on the islands of the eastern Aegean, in the aftermath of the bloody attacks in Paris and Brussels.
The first contacts and negotiations for...