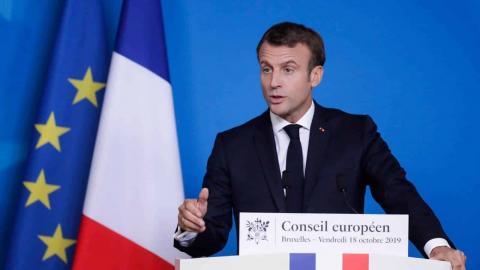 Since the 2003 Thessaloniki Summit, every EU Commissioner and virtually every European head of state has told this region: "Your future is in the Union, the onus is on you to make it happen."

Well, the Macedonians are making it happen, as well as anyone else has in this region, especially given the scale of democratic backsliding that occurred under the previous government in Skopje.

And now France, a country that has barely maintained a diplomatic presence in this region since the 1990s and has essentially become no more than a disinterested observer of Balkan politics, is again saying "no".

This "no" is especially incoherent, taken in conjunction with the rhetoric coming from Dutch policymakers. One moment, French and Dutch diplomats say they are opposed to North Macedonia and Albania because they have not made enough progress in improving the rule of law in their countries.

The next, the French say it is because they first want to reform the EU itself before they take on any new members. The Dutch meanwhile offer a still more illogical intervention, saying they are only obstructing Skopje and Tirana because France is also doing so, and if France is willing to budge on the issue, so is The Hague.

This is a maddening cacophony of bad faith, ignorance, and cowardice. Neither the French nor the Dutch can bring themselves to speak honestly about their positions. They refuse to articulate what is undoubtedly the content of their policies, which is that they do not want North Macedonia and Albania in the EU. It is not about reform, it is not about progress - they do not want these two countries in the EU, period.

Of course, the question then becomes, why? Serbia, which is up to its neck in Russian and Chinese arms, is far less...