No letup in migrant arrivals a week after fire at hotspot 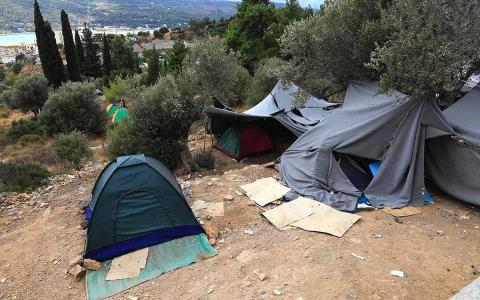 A week after a fire in a severely overcrowded migrant camp on the Greek island of Samos forced hundreds of people into the streets, daily arrivals on the eastern Aegean islands continue unabated. After talks with local authorities last week, government officials pledged that the hotspot at the port town of Vathy - which was designed for 650 people but now holds around 6,000 - will be relocated to a different part of the island.
East Samos Mayor Giorgos Stantzos appeared unconvinced by the pledge and requested immediate measures to decongest the facility.
Meanwhile, three Syrians who were injured during clashes last Monday with Afghan nationals were still hospitalized over the weekend. Ethnic tensions reportedly remain high due to rumors that one of the Syrians died of his injuries.
According to official data, 10,882 migrants and refugees crossed from Turkey to the...