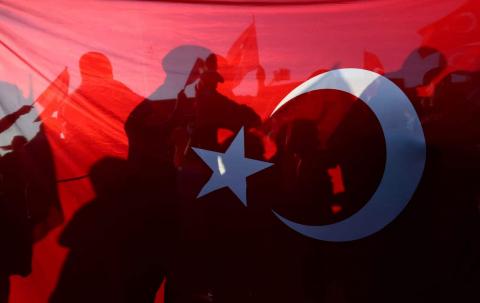 If it was once rare for Turks to seek asylum in the countries of the Balkans, since mid-2016 it has become a regular occurrence, according to an investigation by the Balkan Investigative Reporting Network.

While the reasons behind any individual request are confidential, the timing of the rise points to a widespread fear of the long arm of Turkish law under President Recep Tayyip Erdogan since he put down a coup attempt in July 2016.

The asylum requests have put a number of Balkan states in a diplomatic bind, caught between the diplomatic and financial benefits of warm relations with Ankara and the expectation of the European Union that they resist Ankara's efforts to round up followers of the cleric it accuses of masterminding the failed putsch.

The trend is most obvious in Kosovo, notably since late March 2018 when six Turks were plucked from the streets and spirited to Turkey in an operation led by Turkish intelligence agents, outside of any legal extradition process.

Not a single Turkish citizen had sought asylum in Kosovo between 2014 and 2016. In 2017, according to the Interior Ministry, seven sought official refuge. In 2018, there were 76, of which 50 have been approved.

Altogether, in Kosovo, Bosnia, North Macedonia and Bulgaria, more than 250 Turkish citizens have submitted asylum requests since 2016, according to figures obtained by BIRN.

Nazmi Ulus, the headteacher of the Mehmet Akif school in Kosovo, part of an international network of educational institutions created by the US-based cleric Fethullah Gulen, was granted asylum in August this year.

He said the lives of his staff had been turned upside down since Ankara pointed the finger of blame for the coup at Gulen and showed its readiness to use covert means...