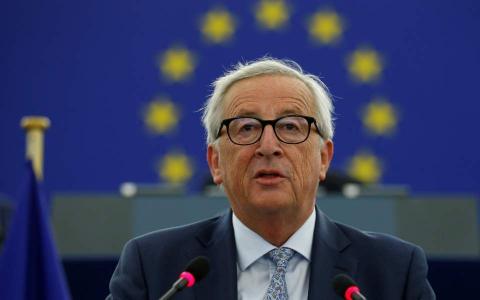 Making an assessment of his five years in office, Juncker referred to the achievements and failures of the Commission, noting that in 2014 when he took over, Europe was "vulnerable'," beset by several "rifts" and "not particularly popular."

"I tried to set up a political European Commission," he said and explained that all the Commissioners he chose had been elected, either at a European or at a national level.

Referring to Greece, he hailed this as one of the Commission's successes, adding that the EU "gave Greece back its dignity."

He reminisced about the "long nights" he had...