Ukraine Accused of Racking up Stats in Flawed Pursuit of Justice 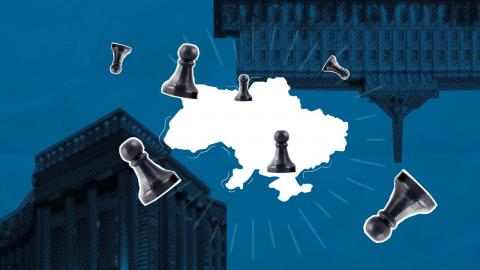 "They set me up," Tkachuk, now retired, told the local court in Kostiantynivka. "If I could go back, of course, I wouldn't have done this."

She pleaded guilty, expressed remorse and the judge sentenced her to five years in prison, suspended for 12 months. The prosecutor and the defence lawyer had already left the room.

"They found a scapegoat," Tkachuk told BIRN in the corridor of the court. "When all those who organised it left, those who could be taken remained."

Parts of eastern Ukraine remain under separatist control, the war at a stalemate. But some areas, like Kostiantynivka, have returned to Ukrainian rule. And calls for accountability have followed.

Since the referendum, Tkachuk is one of hundreds to be charged with challenging the territorial integrity of Ukraine.

It is part of Kyiv's coming-to-terms with Russia's 2014 annexation of Crimea and its fomenting of rebellion in swathes of the country's eastern industrial heartland.

Legal experts and those following the proceedings, however, say the process is flawed, politicised and targets often footsoldiers, like Tkachuk, in the absence of the real organisers of the referendum who had the money and connections to flee.

"Unfortunately, we understand it is being done in order to produce certain statistics," said Vera Iastrebova, a lawyer and director of the Eastern Human Rights Group that operates in eastern Ukraine.

"It is now of such a systematic character as to be a witch-hunt," she told BIRN.

In the 2014 referendum, an overwhelming majority voted 'Yes', according to the pro-Moscow rebels.

But journalists who covered the plebiscite...

President Putin Submitted a Package of Constitutional Amendments to Parliament

"While Europe is asleep, Putin is winning"