We Are Buying More Imported Pork 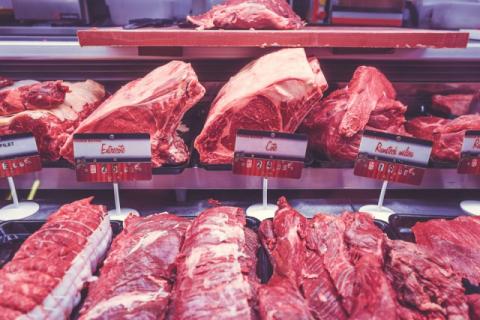 Frozen pork is widely available in stores in Europe, and is often marketed by traders as fresh. Therefore, managers of pig farms in Ruse are warned. The reason is the drop in production of more than 20% of Bulgarian fresh meat after the African swine fever epidemic.

Because of the infection, more than 130,000 pigs, the meat of which was used primarily for fresh consumption, were destroyed in our country. According to manufacturers, traders are currently offsetting the shortage of native production with low-quality products from the reserves of Spain, Hungary, France and Germany.

Hristo Stoykov - Director of Pig Complex: The world economies have such large warehouses that store meat when times were difficult to keep a good price, buy meat and store it. Now markets like ours are being opened and loaded. These are meats that are frozen and no one can tell how much they cost.
In many of the shops in Ruse there is a decline in sales of pork.

Since the beginning of the year, the Food Safety Agency has carried out more than 1,000 inspections at grocery stores nationwide. No violations have been identified, but the Agency advises consumers to follow the labels.

Dr. Georgi Dyakov - Director of BFSA-Rousse: The labels that have consumer information indicate what the origin of the meat is, what it looks like, what its price is.
Because of the African swine fever, Russians say they prefer to buy chicken and fish.

COVID-19 in Bulgaria: Bourgas District Moves back from Green to Yellow Zone

Weather in Bulgaria: The Hottest July Week is Coming

3 Ways To Multiply Your Bitcoin Holdings