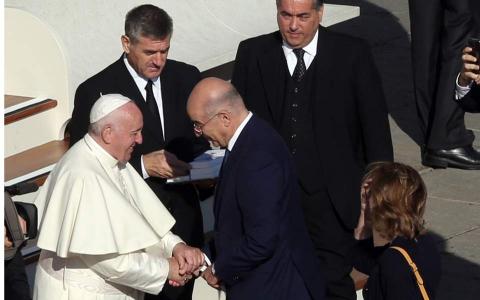 Both sides reportedly expressed the will to further develop relations between the Vatican and Greece through more frequent consultations and exchanges on issues of mutual interest, such as developments in the Balkans, migration and refugee issues, as well as climate change.

In a tweet, the Greek Foreign Ministry said Dendias was "warmly received by His Holiness Pope Francis," who it added is "a global inspiration for human values." It also said that the "excellent relations" between Greece and the Vatican were reaffirmed.

Closed centers on islands moving ahead as planned