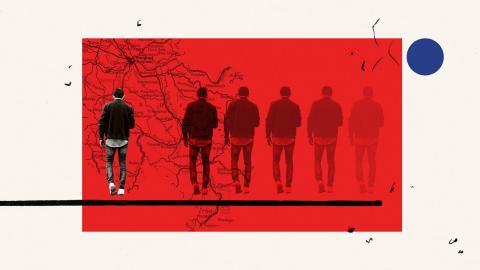 Nikitovic has been going over the demographic figures for Serbia and they make for grim reading.

His predecessors, working in the same building as he works in today, had even warned Josip Broz Tito, Yugoslavia's leader who died in 1980, what was happening. Serbia's demographic decline has been clear to demographers at least since the 1970s.

Then came the breakup of Yugoslavia and the wars of the 1990s, "and everything got worse", Nikitovic said.

Serbia's population was 6.96 million at the beginning of 2019, according to the Serbian Statistical Office. The figure excludes Kosovo, although Serbia does not recognise its independence.

That was the worst figure in a decade, in which the average population decline was 35,125 a year.

In the dry language of the Statistical Office, the "natural increase rate" of Serbia's population in the decade was -5.4 per cent. In plain language that is a decrease.

In the Yugoslav period what was happening in Serbia was unclear to non-specialists. The reason for this was that there were enormous regional variations across the country.

Today, Serbian women give birth to an average of 1.48 children, well below the 2.1 needed just to maintain a country's population.

But a low birth rate among Serbs is not new. Serbia, not including Kosovo, slipped under the replacement rate...