Trump Makes a Fool of Himself again, Unaware of Where Colorado Is 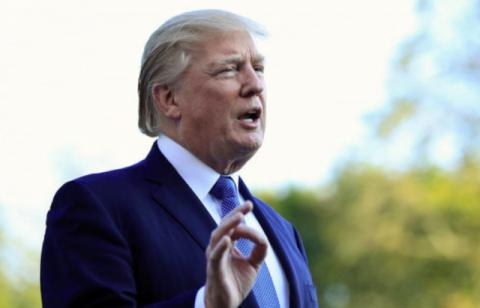 US President Donald Trump become the laughing stock of everyone after he said "We're building a wall in Colorado" when talking about border wall progress on Wednesday afternoon..

Media and commentators have described his statement as confusing.

Colorado is in the interior of the United States and does not border Mexico, the border of which Donald Trump promises to build a wall against immigrants.
In addition, no wall is being built in Colorado, according to US media.

Senator Patrick Leahy got involved in hundreds of jokes with the president's statement on social media.

He posted on Twitter a card he drew himself.