Protest Against the Election of Geshev as Chief Prosecutor 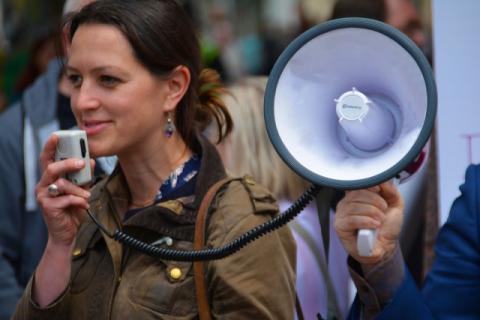 Dissatisfied with the election of Ivan Geshev as the new Chief Prosecutor, representatives of the civilian ''Boets'' movement gathered today before the presidency, demanding that the head of state not sign the decree appointing Sotir Tsatsarov's successor to the post.

After a 10-hour hearing last night, Geshev was selected as the next chief prosecutor by 20 votes in the Supreme Judicial Council, four from the panel of judges opposed. The decision was sent to the presidency, since the decree for appointment is issued by the head of state.

As expected, Ivan Geshev was supported by the entire Prosecution Board and a part of the Judge. Among those who voted against was the Supreme Court of Cassation President Lozan Panov and three other judicial personnel - former supreme judges.

At his first press conference after the vote, Geshev declined to speak about his future intentions because the selection procedure had not been finalized. Asked if he expected the president to be suspended, he replied:

"I think the president will fully exercise the powers conferred on him by the Constitution. And I have no doubt that this choice will be his, not under external pressure. "

The Supreme Judicial Council has already sent to President Radev his decision to elect Geshev as the new Attorney General. There is no deadline for the head of state to decide whether to sign a decree appointing Geshev or to return the proposal to the judicial staff.

The presidential press secretariat announced that Rumen Radev would be acquainted with the SJC's decision after returning from his visit to Japan, and specified that his actions would be in line with the requirements of the Constitution.

Speaking to the presidency, Georgi Georgiev...