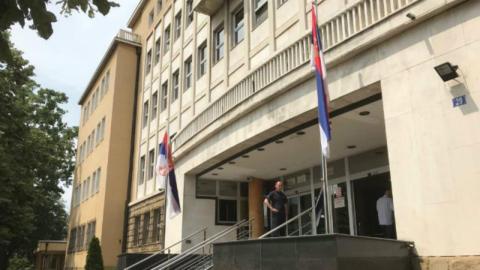 Radojko Jesic, who was a passenger on the train that was halted at Strpci station on February 27, 1993 before a subsequent massacre by Serb fighters, told Belgrade Higher Court on Tuesday that he saw his Bosniak acquaintance entering the train in the town of Uzice but could not find him again after Strpci.

Bosnian Serb ex-fighters Gojko Lukic, Ljubisa and Dusko Vasiljevic, Jovan Lipovac and Dragana Djekic are on trial for war crimes over the abductions and killings of 20 civilian passengers who were seized at Strpci station from the train, which was on its way from Belgrade to Bar in Montenegro.

Jesic said he saw his acquaintance Favzija Zekovic when he got on the train in Uzice.

He got into a separate carriage from Zekovic and when the train stopped in Strpci, he saw soldiers on both sides of it.

Jesic said that two or three people entered the buffet carriage, where he was sitting with a friend. One of them, who was wearing a camouflage uniform with a gun and what Jesic called a "Heckler" (machine pistol) on his waist belt, asked for ID cards.

"We were standing by the bar and that friend of mine asked him what they are looking for. He answered: 'We are looking for our deserters, they come to Uzice and run away to Montenegro afterwards.' He did not take anyone from the buffet," Jesic told the court.

Right before the train stopped, two men from the next table left the buffet, he recalled.

"When the train moved again, one of them said: 'They took away this friend of ours," Jesic said, adding that one of them explained that the missing friend was "a Turk or Muslim".

Later he went to see if Zekovic was still on the train.

"I opened [the door of] every compartment, he was nowhere there. I was looking for him when...