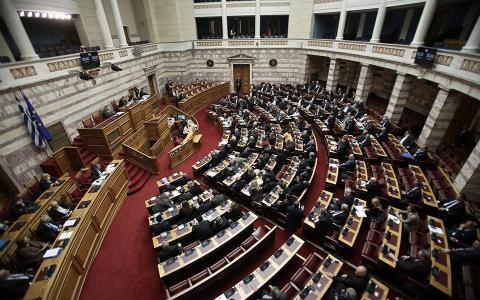 A special parliamentary committee inquiring into the merit of claims of political interference in the Novartis bribery case removed on Tuesday two lawmakers of the main opposition, due to their status as potential witnesses in the case.
Dimitris Tzanakopoulos and Pavlos Polakis from SYRIZA will have to be replaced by two other party MPs.

The committee cited a 2010 opinion of the House's scientific council which argued that people who will be called as witnesses in the investigated case or ministers whose acts or omissions fell within the scope of the committee's probe should be excluded.

Tzanakopoulos, a government spokesman with the previous administration, has been proposed by the committee as a witness because in February 2018 he paid a visit to Supreme Court prosecutor Xeni Dimitriou to inquire about the ongoing Novartis investigation, a move seen as an...