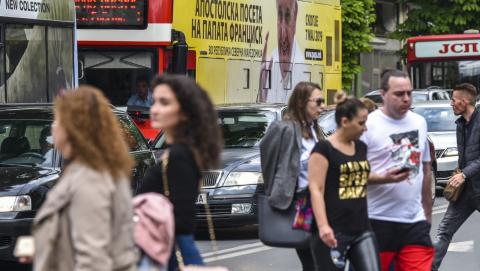 The next national headcount should be held in April 2021 instead of April 2020, the State Statistical Office suggested in a statement on Tuesday - again postponing the task of holding a census, which has been delayed for many years.

It said that it will make the suggestion to the Justice Ministry, which should send new census legislation for parliament.

The need to postpone the planned headcount arose after political parties agreed earlier this month to hold early elections in April after the country failed to secure a start date for its EU accession talks.

Previously, Zaev had hoped that the census could take place a bit earlier, in autumn next year.

On Tuesday, he said that while this is still a possibility, a more plausible date is 2021, due to the opposition's request not to rush the new legislation that will be necessary to enable the headcount to take place.

Unlike in many other countries, where headcounts tend just to be statistical operations, they have long involved delicate ethnic issues in North Macedonia.

These relate above all to the number of ethnic Albanians in the country and to their frequent demands for greater rights linked to their numbers.

Speaking on Monday, the head of the EU office in Skopje, Samuel Zbogar, said that he understood the reasons for the last postponement, but added that the country must get the census done by 2021 at the latest.<...