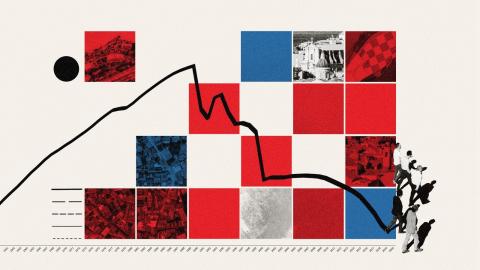 According to Bosnjak, emigration from the country peaked last year and an increased number of births in 2018 heralded some really good news.

In 2020, Croatia's demographic decline will stabilise and from then on, government policies will lead to an increase in population, he said.

No one has a crystal ball to predict the future but the hard data from the past tells a story of unrelenting demographic decline.

According to Eurostat, the EU's statistical agency, which bases its numbers on data it receives from member states, at the beginning of 2019, Croatia's population was 4.07 million. That is the lowest it has been since 1957.

Kresimir Ivanda, a leading demographer at Zagreb University, believes that today's true figure is even lower and is actually 3.95 million.

In fact, in common with the rest of Yugoslavia, this figure was boosted by including non-resident gastarbeiter and their families.

According to research by Damir Josipiovic of the Institute of Ethnic Studies in Ljubljana, Slovenia, the real number of people who actually lived in Croatia in 1989 was 4.46 million. According to the Croatian Bureau of Statistics, it was 4.51 million.

The wartime period saw an outflow of Serbs from Croatia and an inflow of some 200,000 Croats from Serbia and Bosnia and Herzegovina.