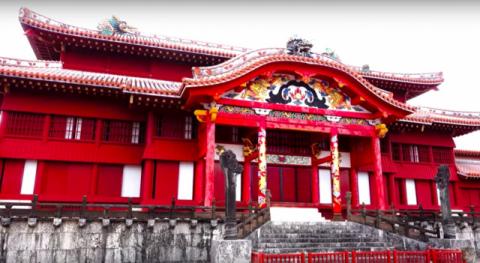 The Shuri Palace, which is part of UNESCO's World Heritage Sites, has burned almost completely in a big fire that broke out that night, world agencies have reported.

20 firefighting teams are involved in the extinguishing of the fire. The castle is not inhabited and there have been no reports of any injuries. Police officers are investigating the cause of the fire.

The Shuri Palace, located in the town of Naha in the south of Okinawa Prefecture, was built in the 14th century. It was included in the UNESCO list in 2000. The palace was bombed in 1945 by Americans during the Battle of Okinawa. It was renovated in 1992.

The palace was related to the Kingdom of Ryukyu, the former name of Okinawa when it was an independent state.  It had existed for 450 years before being formally annexed by Japan in 1879.

Since the 12th century, fortified buildings on the site had made Shuri the centre of politics, diplomacy and culture in the kingdom, The Telegraph reported