Blocking Enlargement Is an Act of European Self-Harm 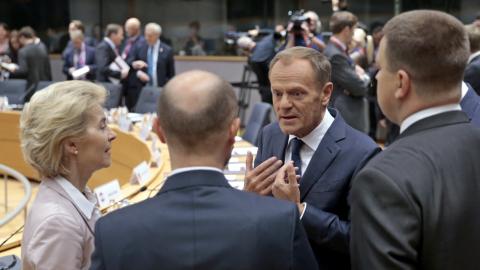 When it comes to Albania, many EU member states besides France had reservations about whether the country should be granted a date for opening accession negotiations, including Denmark and the Netherlands.

The German parliament had laid down a long list of conditions that Albania needed to meet before it could begin negotiations. But on North Macedonia, France stood alone in refusing to open negotiations. In doing so, France broke the EU's pledge that, in return for resolving its long-standing dispute with Greece, changing its name - to which Athens objected - and beginning rule-of-law reforms, it would reward by opening accession negotiations.

Nor did France indicate what it wanted from North Macedonia in order to begin negotiations. Instead, President Macron and other French officials merely spoke about the need for the EU to reform itself internally first and rethink the entire accession process.

Such rhetoric is disingenuous. None of the Western Balkan countries is ready to join the EU any time soon, so the EU has plenty of time to implement the internal reforms that Macron would like to see (and has yet to convince other member states about). Equally, there is plenty of time to rethink the substance of the accession process while accession negotiations proceed.

So, what is Macron's real agenda? Placating the opponents of enlargement on the French right is part of the story. Yet, as Macron stared down the entire European Council with his enlargement veto, it was hard to escape the conclusion that his move was more about trying to impose France as the leader of a post-Brexit, and soon to be post-Merkel, Europe than anything else.