Editorial: A veil of neo-conservatism does not befit Greece 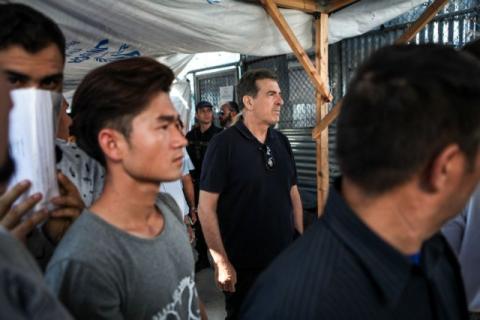 A veil of neo-conservativism is once again tending to cover Greece due to the heightened migration and refugee problem.

Marginal extreme-right and nationalist groups that were recently defeated feel as if they have found a new field of action and reconstruction all over Greece and especially in Macedonia, where their activity over the last years was not successful.

Now, with the adoption of a measure to decongest the Aegean Islands which receive the vast majority of migrants by relocating migrants and refugees to the mainland, the same people and forces are inciting negative reactions that are not in line with Greek mores.

Everything that has occurred over the last days in cities and villages in mainland Greece reveal the unalloyed political aims of circles of unrepentant exploiters of a skewed perception of the nation, about which they couldn't care less.

The propaganda of those who secretly exercise power on the sidelines and the dark mobilisations of supposedly indignant citizens have nothing to offer the country and only aggravate domestic problems.

The truth is that they are encouraged by the way the media handle such reactions. Excessive coverage for the sake of spectacle turns the reactions into an instrument that harms and shakes the credibility of the media.

The harm unfortunately has not become a lesson to parties and most media. The political and social harm produced by sensationalism has repeatedly been demonstrated.

This is an international problem and will have a long duration as it is linked to a broader geopolitical...