France Will Start Setting Quotas for Migrant Workers Next Year 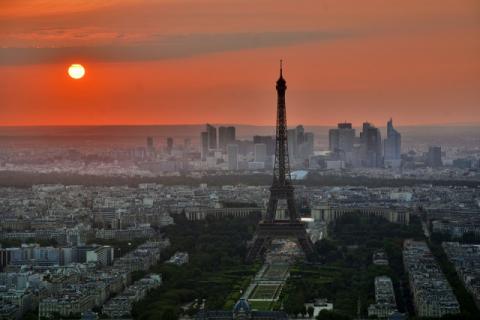 Authorities working with employers will identify industries that have no qualified candidates from next year and will facilitate the hiring of foreigners to fill the gap, Labor Minister Muriel Penicaud said.

"This is a new approach similar to that in Canada or Australia," Penicaud told BFM.

Currently, employers have to explain why a French national cannot be hired in a complex administrative process that resulted in around 33,000 economic migrants receiving visas last year.

The construction, hotel and restaurant sectors, as well as some commercial sectors, have long complained of a shortage of people willing to work low-paying jobs.

The information technology and engineering industries, on the other hand, claim that France does not offer enough qualified candidates.

"Our priority is to help the French return to the job market. Then it is to welcome the refugees and enable them to find a job", Penicaud said.

"If there is still a need, for the benefit of the country and that of the companies, we will bring in the people we need, depending on their profession and their qualification."

Penicaud did not say how many foreign workers would receive visas or whether the candidate's citizenship would be taken into consideration - a proposal made by Prime Minister Édouard Philippe last month.

Philippe is leading Macron's move to tighten immigration rules in an effort to counter right-wing voters, who accuse the government of allowing too many foreigners, despite an...

The Weather Today in Bulgaria - June 4