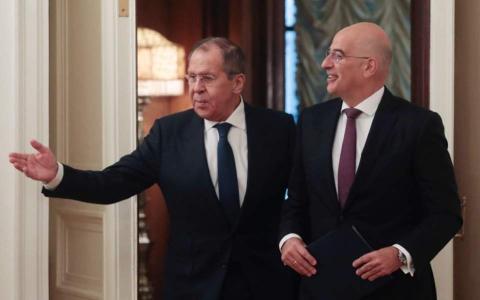 Greek and Russian foreign ministers Nikos Dendias and Sergei Lavrov agreed to establish an official and regular channel of communication between Athens and Moscow during talks in the Russian capital on Wednesday.

The two officials signed an agreement setting out the framework for discussions at the foreign ministry level over the 2020-22 period, in a meeting described by diplomatic sources as having taken place in an "extremely cordial atmosphere."

The decision, said Dendias, marks the start of "a new chapter" in bilateral ties.

The two diplomats also discussed regional issues including strife in Syria amid Turkey's ongoing incursion, developments in the Eastern Mediterranean and the Cyprus problem.

Both men expressed the will to restore close bilateral ties which were strained in the summer of 2018 following the expulsion of Russian diplomats from...