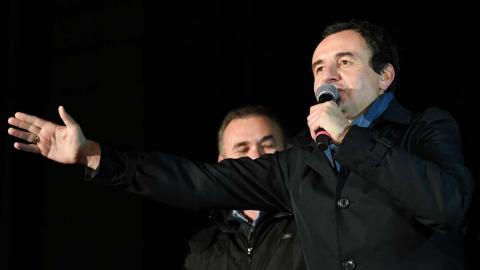 Kosovo's Central Election Commission, CEC, on Thursday announced the final results of the October 6 snap legislative elections, after a month of turmoil connected to problems with the count.

Snags included ballots sent from Serbia being poisoned, resulting in CEC officials being sent to hospital, to multiple arrests made in various municipalities for falsifying the vote count.

Valdete Daka, the chair of the CEC, clarified that now the results had been announced, the parties have 24 hours to submit appeals to the Supreme Court and the Complaints and Appeals Panel, ECAP.

Vetevendosje and the LDK are expected shortly to form a coalition government, according to Avdullah Hoti, an LDK member involved in negotiating the coalition agreement between the two parties. "We are working to harmonise the government programme, which will reflect the will of citizens," wrote Hoti on Facebook.

Some 1,961,000 citizens were registered to vote, and this year's election saw the highest voter turnout of any past election, with 844,121 ballots accepted, a turn out of 44.72 per cent voter, due in part to record numbers of Kosovars in the diaspora registering to vote.  However,...