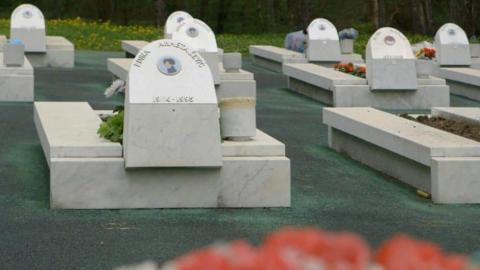 The Defence Ministry reacted angrily on Wednesday evening after the Council of Europe's commissioner for human rights, Dunja Mijatovic, criticised it for hosting a promotional event in Belgrade for a book that denies court findings that Bosnian Serb forces were responsible for the May 1995 massacre in Tuzla.

"Any attempt at a different view of the civil war in Bosnia and Herzegovina is a big crime if it comes from Serbs," the ministry said in a statement on its website.

It claims that the Tuzla Gate area of the Bosnian town was not shelled by Bosnian Serb forces, as a court verdict has established, but instead was destroyed by an explosive device pre-planted by others.

Mijatovic accused the ministry of "providing a public platform to propagate views that deny war crimes" by hosting the event at the Central Military Club in Belgrade, which is owned by Media Centar Odbrana, the ministry's publishing and press centre.

"Propagating falsehoods and disinformation in a post-war context is dangerous exercise, one that seriously undermines all efforts towards durable peace and reconciliation," Mijatovic said.

The ministry hit back by saying that it did not publish the book and was only allowing the author to "express their views".

"Serbs have been victims of double standards many time, and still are, and have often been tried, and are being tried, for someone else's crimes," it added.

The ministry sarcastically urged Mijatovic to read the book before offering her "infallible judgment".

The aim of the book is to prove that Novak Djukic, the wartime commander of the Bosnian Serb Army's Ozren...