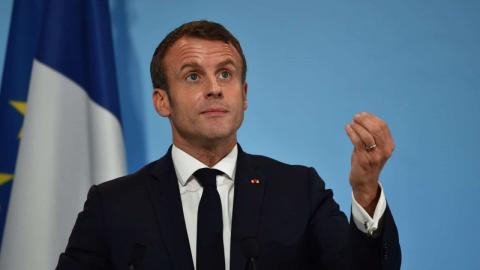 A member of Bosnia's state presidency said he would summon the French ambassador seeking an explanation, after French President Emmanuel Macron in an interview called Bosnia a "ticking time bomb" in the Balkans.

Commenting on the French decision to block the start of negotiations for EU accession with Albania and North Macedonia, the French President said that neither nation was the primary source of concern in the Balkans.

"If you're concerned about this region, the first question is neither North Macedonia nor Albania, it's Bosnia-Herzegovina. The time-bomb that's ticking right next to Croatia, and which faces the problem of returning jihadists," Emmanuel Macron told the UK magazine The Economist, referring to escaped or released Islamic State, ISIS, fighters who could return to Europe. About half of the population of Bosnia is Muslim.

Bosnian presidency member Zeljko Komisic said he would summon the French ambassador to Sarajevo on Friday for an explanation of Macron's comments.

Muhamed Jusic, a spokesman for Bosnia's official Islamic Community, told the Bosnian media that France had a bigger problem with returning jihadists than Bosnia did.

More than 1,900 Islamists from France had ended up in Syria and Iraq, he said, "twice as many as from any other Western European country. More than 450 of them are expected to return to France these days. The problem of foreign fighters and returnees from the Syrian-Iraqi battlefield is a serious challenge for most European countries, and I do not know...