Croatia’s Pushbacks Should ‘Disqualify’ it from Schengen – HRW 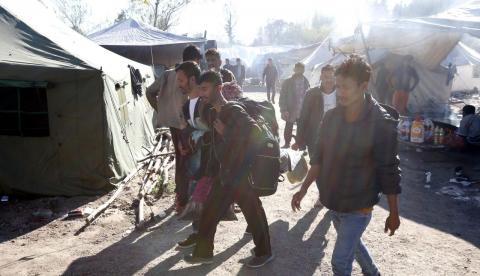 Human Rights Watch, HRW, on Friday said Croatia should not be allowed to joint the passport-free Schengen area because of its "unlawful" and violent pushbacks of refugees and asylum seekers.

It said the recent conclusion of the European Commission, that Croatia is ready to join the Schengen area, "wilfully brushes over evidence of violent push-backs of migrants at its borders", releasing a video documenting the abuses.

"Croatia's unlawful and violent summary returns of asylum seekers and migrants should disqualify it from joining the Schengen Area," said Lydia Gall, senior Eastern Europe and Balkans researcher at HRW.

The released video features interviews with people shortly after they were summarily returned to Bosnia by the Croatian police in August, as well with witnesses of pushbacks.

It also shows secretly recorded footage, published in December last year, of Croatian police officers escorting groups of migrants across the border to Bosnia without following due process.

Witnesses talked to @hrw about how they saw #Croatia police officers engaging in or talking about pushbacks of migrants: See @hrw video: https://t.co/egb6oK6u3T

Rights groups say Croatia frequently returns migrants and refugees that try to cross the border to neighbouring Bosnia. Many have reported use of violence, but the Croatian authorities deny the claims, insisting that such accusations are often made up.

HRW noted that Croatian President Kolinda Grabar-Kitarovic had acknowledged that the authorities engage in pushbacks In July this year, when she said that police's actions towards migrants and refugees trying to cross the border had involved "a little bit of force".