Greens advance to a positive record, as Reds lose again 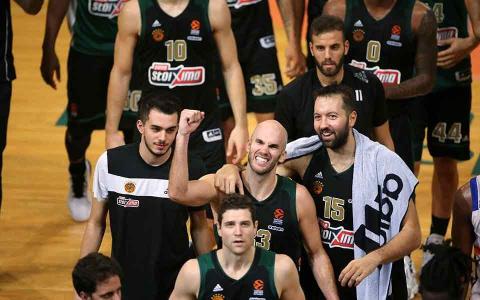 Panathinaikos defeated the Euroleague's bottom team, Valencia, in Athens on Friday after Olympiakos suffered one more home reverse, to Anadolu Efes on Thursday.

The Greens are on a positive record for the first time in this season's Euroleague (4-3) after downing Valencia 91-80 at the Olympic Sports Hall.

Unlike in the previous match with Anadolu Efes, Panathinaikos relied mainly on its offense, advancing 26-18 after 10 minutes and 45-35 at half-time.

A flurry of triples, mainly by red-hot Jordan Loyd, saw Valencia stage a third-quarter comeback to even edge ahead (62-61), but the Greeks were not to be denied, as they tightened their defense in the last quarter and improved their teamwork to win comfortably in the end.

Nick Calathes marginally missed out on a triple double, notching up 13 points, 12 rebounds and nine assists. DeShaun Thomas was the top...