Kosovo Mayor Summoned For Questioning in The Hague 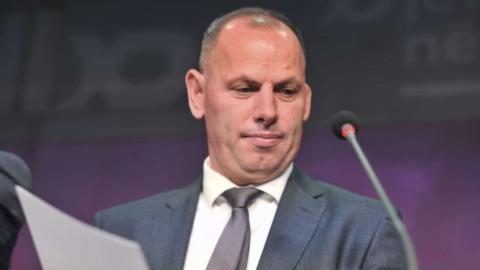 The mayor of Drenas, Ramiz Lladrovci, announced on Friday that he has received an invitation to be interviewed by the Kosovo Specialist Prosecution in The Hague, which is investigating alleged violations by Kosovo Liberation Army, KLA fighters during and just after the 1998-99 war.

"I joined the wave of invitations from the Specialist Chambers as a witness," Lladrovci, a former MP with the Democratic Party of Kosovo, wrote on Facebook.

"I have no information or knowledge beyond what is written on the invitation. The date of my testimony will be December 19, 2019," he added.

Lladrovci said he was one of the co-founders of the KLA and made "massive contributions to the mobilisation and development of the KLA in Kosovo".

The Drenas mayor is the brother of Fehmi Lladrovci, a well-known KLA commander who was killed during the war alongside his wife.

Lladrovci expressed his continued belief in the righteousness of the KLA's armed struggle.

"Never in my life have I had any dilemma concerning the just war for freedom, or the path that we took towards freedom and its total purity," he wrote on Facebook.

"I am forever proud of the Kosovo Liberation Army," he added.

On Thursday, the leader of the Democratic Party of Kosovo, former Kosovo Assembly speaker Kadri Veseli, was also called for questioning by the Specialist Prosecution.

The Specialist Prosecution is probing killings, abductions, illegal detentions, sexual violence and other crimes allegedly committed by KLA members from the beginning of 1998 to the end of 1999.

The Kosovo Specialist Chambers is expected to try those indicted by the Specialist Prosecution. No indictments have been made public yet, however.

Since last year, the Specialist Prosecution...