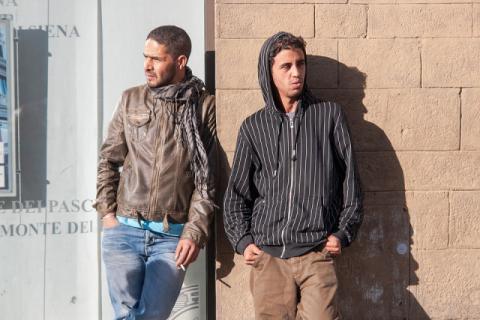 206 illegal immigrants were detained at the border with Turkey for the period from January 1 to October 31, 2019. Their number is 184 at the border with Greece. The most common nationalities are from Afghanistan, Iraq, Iran, Pakistan, Syria, BTA informed, citing the Ministry of Interior.

Since the beginning of 2019, DG Border Police officers have prevented 2,122 attempts at illegal entry at the Bulgarian-Turkish border and 3,795 attempts at the border with Greece in the first ten months of the year, according to the Interior Ministry.

Asked if additional measures were taken in connection with the conflict in Syria, the Interior Ministry replied that security measures were being taken at the border with Turkey, which were permanent and not related to the specific conflict. The specialized police operation to counteract illegal migration continues.

The staff in the Malko Turnovo area has been beefed up with more officers and all-terrain vehicles as it sees the strongest migrant pressure on the border with Turkey. Permanent surveillance is done by the Trilateral Bulgaria-Greece-Turkey contact centre at the Kapitan Andreevo checkpoint.

One of the ways of border security and surveillance is to conduct helicopters flying at the Border Police Directorate's Special Airborne Squadron, which are equipped with surveillance systems. Manual thermal imaging cameras, portable surveillance systems and night vision devices are also used. Drones were introduced at the end of 2018, and new portable perimeter surveillance systems have been used since mid-2019 to secure high-risk sections of the EU's external border. New vehicles have also been delivered, the Interior Ministry notes.

For the monitoring of the Bulgarian-Turkish border, the Integrated...