Official: All 39 People who Were Found Dead in a Truck in Essex Are Identified 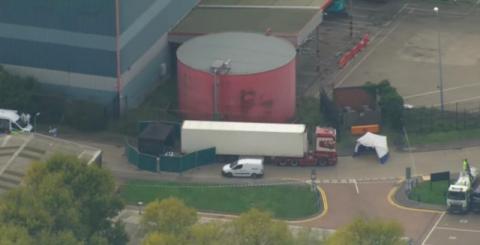 British police confirmed that they have identified the bodies of all 39 people who were found dead in a truck in Essex and have notified their families, Reuters reported.

"This is an important step in the investigation and enables us to work with our Vietnamese police colleagues to support the families of those victims." a senior officer in charge of the inquiry said.

All the victims - 31 men and 8 women - are Vietnamese, according to Essex police, cited by France Press.

The United Kingdom has charged the driver of the refrigerator truck where the bodies were found with 39 counts of manslaughter, conspiracy to traffic people, conspiracy to assist unlawful immigration and money laundering.

Police in Vietnam have arrested eight people in relation to the case. Although local authorities did not reveal their identities, they are suspected of being part of a ring responsible for smuggling Vietnamese people to Britain, The Guardian reported.