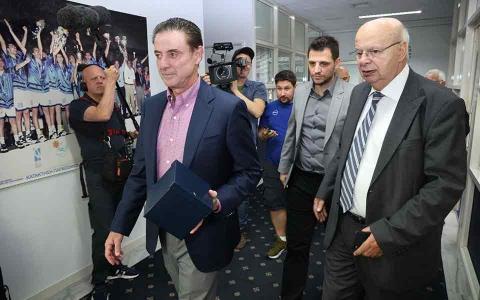 NCAA legendary coach Rick Pitino is returning to Greece to coach the Greek national team, in the hope his mandate is not restricted to the Olympic qualification tournament but also extends to Tokyo 2020.

The Pitino era for Greece started on Friday with the cordial agreement of the 67-year-old American coach and the president of the federation Giorgos Vassilakopoulos.

The two-hour meeting at the federation's headquarters sealed the verbal agreement already reached before the arrival of the American coach in Athens.

"It is an honor to accept this position. I look forward to it. As soon as the groups of the [Olympic qualification tournaments] are announced on November 15 I'll get down to work," said Pitino, who will be formally presented on Monday.

"His presence in Europe last year and his name have led to choosing him. He is familiar with Greece and the...

Greece’s highway code to be toughened up