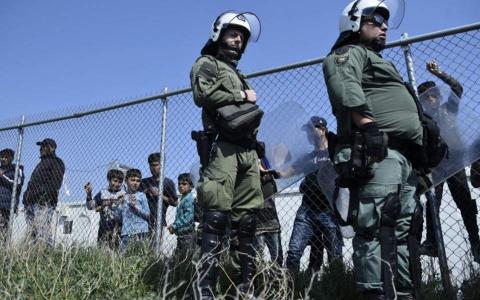 A police operation was launched on Friday to crack down on potential criminal elements at the Diavata migrant reception center on the outskirts of Thessaloniki in northern Greece.

The operation was organized following a brawl at the camp on Thursday night in which four Afghan nationals were injured.

Police are seeking to identify the individuals who started the altercation, which involved what appears to be two rival groups, and to prevent another such incident.

The four injured men are being treated at the Papanikolaou General Hospital for a range of injuries, including stab wounds.