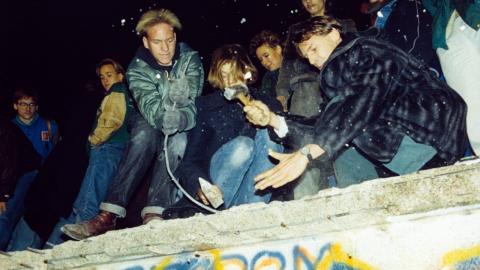 These dynamics were on full display last month in the qualifying rounds for the Euro 2020 soccer tournament, where a match between England and Bulgaria became a contest between two fundamentally different notions of European identity.

The match, held in Sofia, had to be paused twice for the home-team fans to be warned against racist behavior, including Nazi salutes and monkey chants directed toward England's black players.

After the game, British elite opinion was united in a fever of moral righteousness against the perceived barbarity of the Bulgarian fans. With multiculturalism having become a central part of the British national story over the last 30 years, many ethnic minorities worry that continental Europe's perceived racism is a throwback to an ugly era of inequality and exclusion.

Hence, one of the ironies of the Euro 2020 episode is that it is being cited as further evidence in support of the United Kingdom's decision to leave the EU.

According to the pro-Brexit camp, ending automatic immigration from Europe will make it easier for people from India, Bangladesh, Pakistan and the Caribbean to settle in the UK.

Viewed from the Bulgarian side, though, Britain's moral proselytising looks like hypocrisy. After all, Bulgarian and Romanian immigrants were the targets of racist rhetoric during the 2016 Brexit referendum campaign.

And as many in the Bulgarian media have pointed out, England's own racist hooligans were responsible for the deadly disaster at Heysel Stadium in Belgium in 1985.

If the motive behind Brexit is to preserve quintessential Englishness, Eastern Europeans pose no greater threat than...