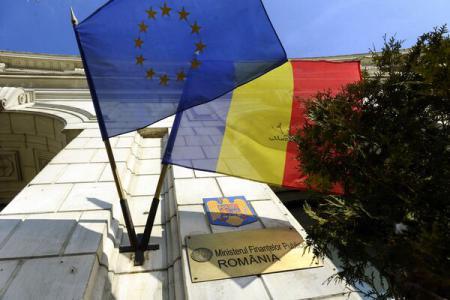 Fitch Ratings has affirmed Romania's Long-Term Foreign-Currency Issuer Default Rating (IDR) at 'BBB-' with a Stable Outlook, according to a Friday release of the credit ratings and research agency. Romania's Country Ceiling was affirmed at 'BBB+', Short-Term Foreign-Currency IDR affirmed at 'F3' and Short-Term Local-Currency IDR affirmed at 'F3', according to the release. Romania's investment-grade ratings are supported by moderate levels of government debt, and GDP per capita and human development indicators that are above 'BBB' category peers. These are balanced against twin budget and current accounts deficits, reflecting pro-cyclical fiscal policy that poses risks to macroeconomic stability, and net external indebtedness that is higher than its rating peers, reads the Fitch Ratings release. In the current political context, Fitch's baseline scenario is of a further gradual weakening of the public finances over the short to medium term. The general budget deficit reached 2.6% of GDP in January-September 2019 (compared with 1.8%, 0.8% and 0.5% in the same period in 2018, 2017 and 2016, respectively), with expenditure increasing by 15.3% yoy in the period on the back of higher personnel, transfers and capital spending. Moreover, the structure of the deficit is increasingly rigid (almost two-thirds of expenditure comprises wages and social transfers) while efforts to increase tax efficiency have been unsuccessful. Fitch maintains there is still scope for the deficit to be only slightly above 3% of GDP deficit by end-2019 (and therefore avoid the Excessive Deficit Procedure), but this would require ad-hoc adjustments, which will not represent structural improvements in fiscal accounts, the release shows. According to Fitch, the fiscal outlook will become significantly more challenging in 2020-2021 given a weaker macro backdrop and already legislated pension hikes (leading to an annual average pension increase of 24% in 2020 and 26% in 2021). Fitch expects the deficit to widen to 4% of GDP by 2021, assuming that some offsetting measures to the pension increase are found (including potentially a delay or moderation of the pension measures, changes to discretionary expenditure, one-off revenue measures). This would push public debt levels to 38% of GDP in 2021 (from 35% in 2018), still below the current 'BBB' median of 40%. Failure to put corrective fiscal measures in place constitutes a key downside risk to the forecasts and Romania's rating, warns Fitch. According to the IMF, under a no-offsetting policy scenario, the pension increase would add 3.2% of GDP to expenditure by 2022 and could lead to public debt increasing by 20pp by 2024. The current account deficit (CAD) remains under pressure from weakening external demand and strong import growth underpinned largely by expansionary fiscal policies. On a 12-month rolling basis the CAD has been close to 5% of GDP since May, driven by increasing trade deficit (up 23% yoy in January August). Fitch expects the deficit to remain around 5% of GDP during the forecast period (compared with the current 'BBB' median of 1%), assuming no sharp fiscal deterioration and a gradual recovery in external demand by 2021. Fitch continues to forecast a gradual slowdown in economic activity over the next two years, although a stronger investment performance in 1H19 has led us to revise our 2019-2021 growth forecasts to 3.5% (from 3.1% previously and above the current peer median of 3%). Private consumption will remain the key growth driver in the forecast, albeit at a lesser pace as wages moderate from recent highs (gross average wages rose by 14% in January-August). Although volatile, investment will be supported by rising EU fund absorption, as was the case in the previous financing cycle, the agency forecasts. The main factors that could, individually or collectively, lead to positive rating action are: reduced risks of macroeconomic instability and improved macroeconomic policy credibility; implementation of fiscal consolidation that improves the long-term trajectory of public debt/GDP; sustained improvement in external finances. The main factors that could, individually or collectively, trigger negative rating action are: reduced confidence in policymakers' ability to avoid higher-than-projected fiscal deficits, or adverse policy actions that leads to a rapid increase in government deficits and debt/GDP; an overheating of the economy or hard landing that undermines macroeconomic stability; a sharp deterioration in the balance of payments. AGERPRES (RO - author: Mihaela Dicu, editor: Mariana Nica; EN - editor: Adina Panaitescu)