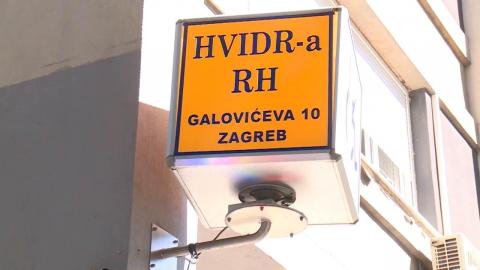 A day after Zagreb State Attorney's Office dismissed criminal complaints filed by war veterans against Milorad Pupovac, which claimed that the Croatian Serb leader had damaged the country's reputation, the leader of a disabled war veterans' association said on Tuesday that they will now try to make Chief State Attorney Drazen Jelenic step down from his position.

"We will put pressure on certain MPs to reject the annual reports from the State Attorney's Office for 2017 and 2018 [which will force] Drazen Jelenic to resign afterwards," Josip Perisa, chairman of the main board of the Association of Disabled War Veterans, HVIDRA, told Novi List newspaper.

"DORH [the State Attorney's Office] did nothing to prosecute Serbian war criminals, and we must finally dissolve this Yugoslav, Bolshevik nest," Perisa said.

Zagreb State Attorney's Office said on Monday that it has dismissed the criminal complaints filed by Croatian war veterans and others against Pupovac over the Croatian Serb leader's statements warning about rising nationalism in the country.

The war veterans claimed that his statements damaged Croatia's reputation and encourage hatred and violence, but the State Attorney decided that no criminal offence was involved.

Pupovac made his comments after two separate attacks on August 22 on Croatian Serbs, who were watching a Red Star Belgrade football match in bars in the villages of Uzdolje and Djevrske when their assailants burst in. Five people, including a minor, were lightly injured.

Pupovac said afterwards that intolerance and violence against minority ethnic groups were linked to attempts to rehabilitate Croatia's WWII fascist Ustasa regime, which persecuted Serbs as well as Jews and Roma people.