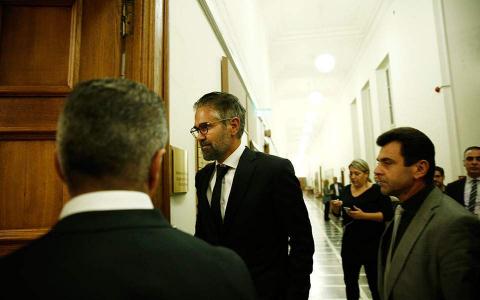 A parliamentary committee probing possible political interference in the Novartis investigation started examining a key witness on Tuesday after two SYRIZA MPs who have been barred from the committee, and disrupted it last week, stayed away.

The absence of Dimitris Tzanakopoulos and Pavlos Polakis, who were barred due to a conflict of interests as they are witnesses in the probe, was seen as a withdrawal by SYRIZA, which has ratcheted up tensions over the Novartis affair.

Konstantinos Frouzis, the former vice president and general manager of Novartis Greece, reportedly claimed to have been pressed to implicate the 10 Greek politicians named in the original probe.