PM Borissov: One of my Biggest Sins Is that the Highways in Bulgaria are Free of Charge 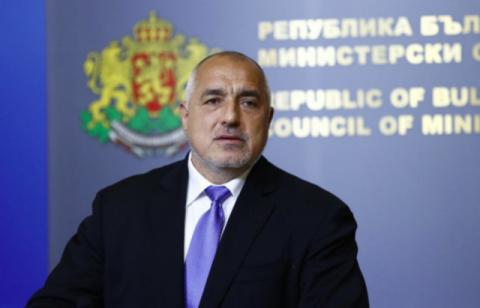 "Vucic had chosen a good date. Because of the infrastructure, which we are building, there will also be fast transport to Western Europe for Bulgaria and the Bulgarian economy. And Serbia has a connection to the ports of the Black Sea - Varna and Burgas, just a few hours on the highway, without a single traffic light. Or if they turn from Marrakech's Thrace - to the centre of Istanbul - no traffic lights, only highways. Prime Minister Boyko Borissov said this in an interview with Serbia's First TV.

Borissov gave an interview to Jovana Joksimović on Saturday when he was visiting Serbia to open the highway from the Bulgarian border to Nis.

"Next week, Vucic will come to Sofia to see how fast the Balkan Stream is progressing," the prime minister also commented

"One of my biggest sins is that the highways in Bulgaria are free of charge. When Bulgarians enter our neighbouring countries, they pay. We didn't have a single paid highway and were so glad we didn't even think about it. But this is not the biggest problem. The economy is moving forward, the toll system is about to be launched. I see a great opportunity here for the Balkan countries to align their toll systems so that the price per kilometer can be the same in different countries - this will greatly facilitate business, transport, tourists," Borissov said.

"Our border checkpoints between Bulgaria and Serbia were built to prevent people from passing through them, and now we are working on expanding Kalotina. Bulgaria and Serbia are discussing the idea of ​​making fast lanes there so that transit traffic can pass easily, "he added.